In 1964, Miss Lu Ti Gu, an elderly sister who loved the Lord, dedicated a piece of land to build a church with a view to spread the Gospel. This piece of land on 31 Lorong Chabai at Koh Sek Lim Village, was originally intended for a female missionary sanatorium.

In 1964, Preacher Mabel Ong, the first preacher of Bethany Church, began the pioneering work of reaching out to the youth and the neighbouring residents. 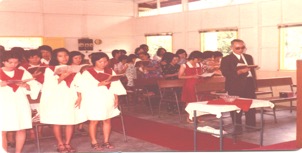 In September 1975, Preacher Richard Teo was engaged as the church’s second preacher.

The first Elders and Deacons Board was established.

In 1979, an afternoon Hokkien-Chinese service was started.

In 1981, CBC received notice that the government would be acquiring the land for development. The church faced the challenge of being relocated.

Although the congregation comprised mostly of senior citizens, students and blue-collar workers, CBC prayerfully pressed on with full confidence and hope to preach His Word. 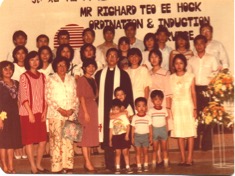 In 1987, the land was acquired by the government and CBC entered its period of migratory sojourn. 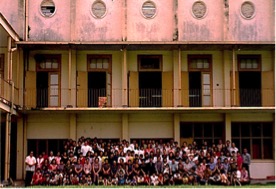 Both Singapore Life Church and Bethany Presbyterian Church generously gave up their share to bless CBC. 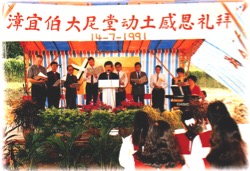 On 14 July 1991, a thanksgiving ground-breaking worship service was conducted.

In 1993, Joo Chiat Presbyterian Centre’s land was also acquired. CBC then moved to Holy Grace Presbyterian Church and held its evening services there.

In May 1994, upon completion of the first phase of the church building, CBC moved to its new location to celebrate its 30th anniversary. 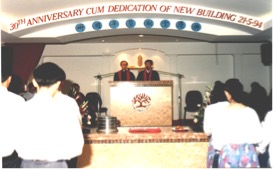 In July 1994, the church started a kindergarten along with an outreach ministry to provide quality early childhood education in Changi and the neighbouring communities.

In June 1997, a ground-breaking thanksgiving service for the second phase of church building was conducted. 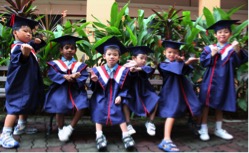 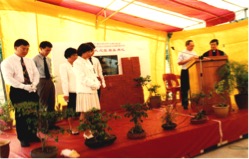 In July 2002, Rev Richard Teo went for his sabbatical study leave. Rev Andrew Hwang was appointed as the Interim Moderator.

In 2004, the sanctuary on the 3rd floor was named “Tong Siu Hall” in commemoration of the faithful service of Elder Lim Tong Siu.

In January 2005, the English service was registered under the English Presbytery as an English congregation, and was named Hope Presbyterian Church. 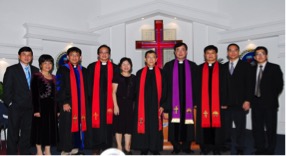 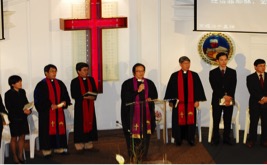 On 2 April 2013, the kindergarten was converted into a childcare centre and renamed “Changi Bethany School-House”.

In September 2013, to consolidate its resources and to be more effective in serving the community, the Hokkien service was terminated, in preparation for a bilingual English-Chinese worship service.

In 2015, the English-Chinese worship service began. 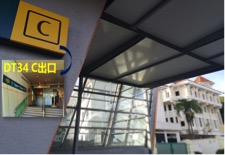 In June 2018, Rev Chau Soo Kheong completed his term of office as the second Senior Pastor and Moderator.

On 1 July 2018, Rev Dr. Phua Leong Cheng Michael was appointed as the third Senior Pastor and Moderator of CBC.

In October 2018, the Abundant Life Centre was established to serve the community’s senior citizens, providing them a place for continuing education, as well as promoting physical and spiritual well-being.

On 8 June 2019, the land-lease renewal project was completed. 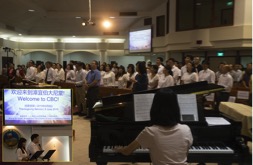 God answered our prayers that CBC would owe nothing but the debt of the gospel.

We are deeply grateful to God for another 30 years of opportunity to serve Him in the current location. By His grace, we dedicate ourselves, with one mind and one accord, to build a people of faith that blesses the community and glorify His name.

For other news about CBC, please refer to our 50th Anniversary Magazine